When you hire MAS Law Firm, you hire a team of Richardson attorneys who understand the challenges you face and what it takes to overcome them. We bring decades of experience and recognition from the legal industry to provide you with careful legal guidance and helpful advice. Get started on your case today by calling our firm for a free consultation. Dial (972) 460-9339 now or contact MAS Law Firm online for a free consultation about your case. 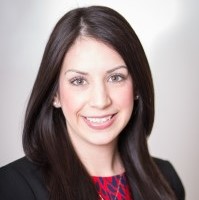 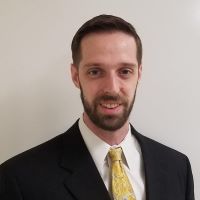 Robert Vengrow is an associate attorney at MAS Law Firm, where he specializes in personal injury litigation. He has been a licensed member of the Texas Bar Association since 2010 and has been admitted to practice law in the State of Texas.

Vengrow was a local graduate of Plano Senior High School before graduating University of Texas at Richardson in 2006 with his Bachelor of Arts in Crime and Justice Studies. He graduated from Widener School of Law in 2009 out of Delaware before realizing Texas was home.

Joey Said is an associate attorney at Modjarrad Abusaad Law Firm (MAS Law Firm). He was admitted to practice law in the State of Texas in 2017.

Joey attended the University of Texas at Richardson where he received his Bachelor of Arts in Political Science. He then attended law school at the Oklahoma City University making the Dean’s list in 2016 before graduating with his Juris Doctor. Mr. Said is an active member of the Richardson Trial Lawyers Association. When he is not practicing law, he enjoys traveling, hiking, fishing and working on creative projects.

As a fourth-generation attorney, Michael works to protect the rights of injured persons. Michael earned his Bachelor’s Degree in History at Brandeis University in Waltham, MA where he served as an Emergency Medical Technician on BEMCo, Brandeis’ student-run volunteer emergency medical service. He was awarded his Juris Doctor degree at SMU Dedman School of Law. For several years before law school, all through law school, and ever since, Michael has dedicated his practice to helping those who are injured through the negligence of others.

Outside of work, she enjoys watching basketball and spending time with her family.

Jeff Shelton is a senior litigation associate at MAS Law Firm. He is a Dallas native that obtained his Bachelor of Arts in History with a minor in Environmental Studies at Baylor University. He then attended the Walter and Sheila Umphrey Law Center at Baylor University where he obtained his Juris Doctorate. He is licensed and admitted to practice in Texas as well as the U.S. District Courts in the Northern, Eastern, Southern and Western Districts of Texas and the U.S. District Courts in the Eastern and Western Districts of Oklahoma. Mr. Shelton has dedicated his practice to Litigation and practices Primarily in Serious Personal Injury, Family Law and Civil Litigation.

Mr. Shelton has tried over 100 cases to verdict in Administrative, County, State and Federal Courts in Texas. 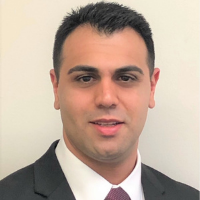 Nader obtained his Bachelor of Science in Business Administration from University of Texas at Dallas (UTD). He then earned his Juris Doctorate from Texas Tech University School of Law. During the Law School, he served as Executive Article Editor for Texas Tech Business & Bankruptcy Journal.

Nader is interested in the role of technology and computer in the practice of law, and he is keeping up with the modern trends in legal tech.

At MAS Law Firm, we bring a diverse breadth of experience to every case, while maintaining an avid involvement in the Dallas community. Click below to learn more about our passionate advocacy for our clients and our community.